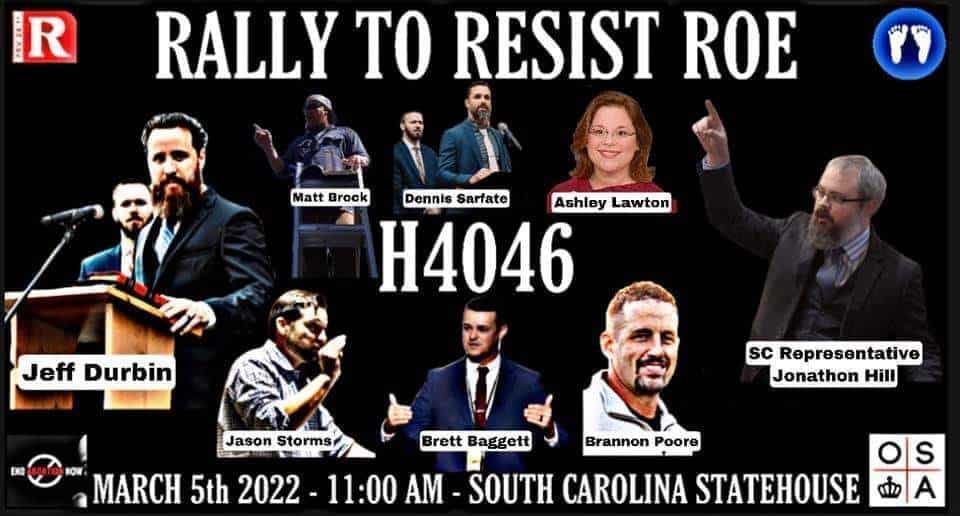 Come join us in the effort to end abortion in South Carolina!

Come out and support the cause of righteousness! End Abortion Now and its legislative arm, Action for Life, are forwarding legislation in South Carolina to establish equal protection for preborn children. Rep. Jonathon Hill (R) and five other lawmakers serve as co-sponsors of the Unborn Victims of Violence Act (H4046). The legislation declares that the state of South Carolina and members of the General Assembly are obligated to use their authority, as consistent with the United States Constitution, to nullify the opinions of the Supreme Court of the United States in Roe v. Wade, thereby protecting preborn babies from murder. The rally will feature keynote speakers to inform the attendees of the importance of the bill and what they can do to help lead justice to victory!