Come together to End Abortion Now

Come join us in the effort to end abortion in Louisiana!
End Abortion Now and its legislative arm, Action for Life, are forwarding legislation in Louisiana to establish equal protection for preborn children. Rep. Danny McCormick (R) serves as the sponsor of The Abolition of Abortion in Louisiana Act (HB813). The legislation declares that the state of Louisiana and members of the General Assembly are obligated to use their authority, as consistent with the United States Constitution, to nullify the opinions of the Supreme Court of the United States in Roe v. Wade, thereby protecting preborn babies from murder.

Rally to Abolish Abortion in Colorado

Come join us in the effort to end abortion in Colorado!

Come join us in the effort to end abortion in South Carolina!

This is a two-day mini conference that will consist of an End Abortion Now day on a Friday and a Life and
Liberty Academy from the Founder’s Promise Foundation on the following
Saturday.

Pro-Life is Not Enough Conference

Come join Jeff Durbin of Apologia Studios and End Abortion Now, as well as others to an event you won’t want to miss. 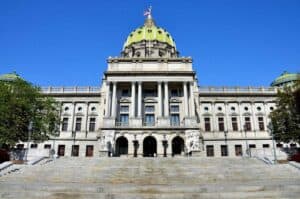 Rally to End Abortion in Pennsylvania

Join us on the steps of the Harrisburg Capitol Building for the rally to End Abortion in Pennsylvania! A brave representative will be introducing a bill of equal protection for the pre-born. End Abortion Now and Action for Life need your support to rally around the cause, especially if you are in Pennsylvania. We look forward to seeing you there!