The shedding of innocent blood is no trivial matter to the God of the Bible. In fact, it is listed among several things in Scripture that the Lord hates (Proverbs 6:16-19). God is a God of justice and justice means not putting the innocent to death. From the beginning it is written that man shall not unjustly shed the blood of another, or by man shall his bled also be shed (Genesis 9:6). The basis for this equitable sanction as expressed in capital punishment is that man is made in the image of God (Genesis 1:27-28). It may be tempting for us to view the shedding of innocent blood as only a crime an individual can commit. However, the commandment contained in the Decalogue prohibiting murder was given in the context of a corporate setting to the people of God (Exodus 20:13). The nation of Israel bore covenantal responsibility for obedience to the law, otherwise they would reap all of its curses (Deuteronomy 28). This is why there are instances in Scripture of the prophets confessing not only their own sins, but the sins of the people (Daniel 9:20, Nehemiah 1:6, Isaiah 59:12, Ezra 9:6-7). How are we to understand this? It is unavoidable that sin has a corporate element because God holds individuals as well as nations accountable for transgressing his laws.

Despite the insistence of many in modern evangelicalism, the Bible teaches that there is such a thing as national sin. To speak of such a thing assumes a covenantal framework for understanding the way that God deals with nations. The Bible presents God as the covenant Lord of all history who possesses all sovereign authority and preeminence over every society, whether they acknowledge his rule or not. He governs by His covenant word (the transcript of his own character) and either blesses those who obey him, or curses those who disobey. All peoples, everywhere, in any nation are accountable to the God of the Bible and responsible for obeying Him. This is how we are to understand a central pillar in the fight to end abortion: the necessity of national repentance for the sin of child sacrifice.

Proverbs 14:34-Righteousness exalts a nation, but sin is a reproach to any people.

Many will object immediately, exclaiming that America is not Israel or synonymous with the Kingdom of God. No one should dare make such an argument. However, to deny the reality of covenantal disobedience is to object to a Biblical vision of God’s providential work in history. All men and women stand before God as either covenant keepers or covenant breakers. God relates to the human race by covenant. The prophet Isaiah spells out very clearly that: “The earth lies defiled under its inhabitants; for they have transgressed the laws, violated the statutes, broken the everlasting covenant (Isaiah 24:5-6). This unbreakable standard is as immutable as the God who gave it. It is binding upon all for all who have broken it stand justly condemned before the throne of the Divine Judge, whether Jew or Gentile (Romans 3:19). The Law Giver expects his statutes to be observed by all men regardless of social status or standing. This extends all the way from the commoner up to the king that he has ordained to rule and enforce his standards (Romans 13:1-4). If obedience is not observed, judgment follows. There are numerous examples to which we can point, but let us consider one in light of the topic of child sacrifice.

When God is on the verge of giving the people of Israel their inheritance in the land of Canaan, he tells them that he is giving them the land as a condition that they not practice the same detestable things as the nations he is driving out before them. One of these things is the offering of children as an act of worship to the idol Moloch:

Leviticus 18:21-25: 21 You shall not give any of your children to offer them to Molech, and so profane the name of your God: I am the Lord. 22 You shall not lie with a male as with a woman; it is an abomination. 23 And you shall not lie with any animal and so make yourself unclean with it, neither shall any woman give herself to an animal to lie with it: it is perversion. 24 “Do not make yourselves unclean by any of these things, for by all these the nations I am driving out before you have become unclean, 25 and the land became unclean, so that I punished its iniquity, and the land vomited out its inhabitants.

Yahweh specifically tells his people that he is driving out a pagan nation before them and warning them not to do the same things that caused them to be displaced. How could the Canaanites, who were not the special object of God’s affection, nor the recipients of His Law, be held accountable for such violations? The answer is that all men have the Law written on their hearts (Romans 2:15) and have sufficient revelation to be answerable for their rebellion to what has been revealed. The implication is clear. Even the pagan nation of Canaan was responsible for their disobedience to the impartial God who judges all according to the same unchanging standards. The shedding of innocent blood is an abomination whether one is a Jew or a heathen. Consider another example from the prophet of God to the Ammonites:

Amos 1:13–13 Thus says the Lord: “For three transgressions of the Ammonites, and for four, I will not revoke the punishment, because they have ripped open pregnant women in Gilead, that they might enlarge their border.

Once again, this is a foreign people guilty of innocent blood who are told that they will be punished and expelled from the land. The consistency of the standard is seen clearly in its application to Israel after they fail to heed the warning they were given before taking possession of the Promised Land.

These texts and others provide a basis for one of the central theological foundations of the ministry of End Abortion Now. Abortion is an issue of national sin. It is not merely something for which individuals are guilty. There is a collective responsibility that comes with aiding and abetting those who shed innocent blood. A nation guilty of sentencing the innocent to death will be judged by God. Given that the United States has murdered sixty million children and counting, we are certainly no exception to the vengeance of God. This should silence the attempt of anyone to say that America is somehow “God’s country.” We are certainly the blessed recipients of the fruit that comes from the Biblical worldview. However, there is no mistaking the fact that we are under judgment. Innocent blood pollutes the land and is so unnatural that even the ground must react and expel such barbaric inhabitants, for bloodguilt cries out from the soil (Genesis 4:10-11).

Our nation’s sin of casting our seeds into the ground will lead to us being spewed out of our lands. But the righteousness that comes from putting our faith into the Seed of the Woman that was buried in the ground will once again bring forth righteousness in our nation. The shedding of innocent blood brings a curse, but the Gospel is that Christ became the curse on our behalf (Galatians 3:13). In becoming a curse, the execution of Jesus on the cross is God’s merciful and just declaration that that which defiles the land, namely, our sin, is placed on the one in whom there was no sin, that by faith in that execution our hearts can be re-oriented to God and the curse lifted. Christ became the curse that ought to have defiled the ground. The land vomited him out, but not for unrighteousness. It was because of his resurrection from the dead that the ground couldn’t contain him. His sacrifice is perfect, and his righteousness brings about the New Creation. Therefore, what must be done on the part of God’s people to abate the judgment of child sacrifice? We must be accused of what the Apostles were accused of in the earliest stages of the New Testament Church:

Acts 5:28–“We strictly charged you not to teach in this name, yet here you have filled Jerusalem with your teaching, and you intend to bring this man’s blood upon us.” 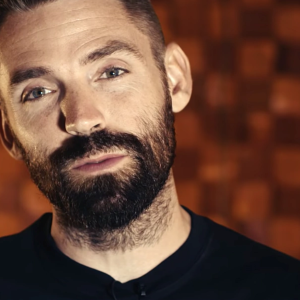