Since 1973, Americans have murdered over 63 million babies. Protestant denominations took nearly a decade to comprehend what was occurring—and once they did, a strategy called “incrementalism” was adopted.

You are probably familiar with the various legislative proposals that the modern pro-life movement routinely forwards. Most of them work within the perceived parameters of Roe v. Wade to try and “incrementally” end abortion. Heartbeat bills, for example, prohibit abortions for babies with beating hearts. Born-alive protection acts prevent abortionists from killing babies if they survive abortion attempts. Pain-capable acts ban abortions for babies old enough to feel pain.

Many—if not most—members of the pro-life movement have good intentions. However, for the following reasons and many more, these laws—and the movement behind them—are neither biblical in their foundation nor helpful in their application.

The pro-life movement does not establish equal justice.

God calls for His people to “seek justice, correct oppression, bring justice to the fatherless” (Isaiah 1:17). He also proclaims “woe to those who decree iniquitous decrees, and the writers who keep writing oppression, to turn aside the needy from justice” (Isaiah 10:1-2). Pro-life bills are iniquitous decrees because they do not ban murder—instead, they regulate when, how, and why it can happen. They turn our needy preborn neighbors away from justice, failing to uphold the rights of all image-bearers of God.

Anyone who has ministered in front of an abortion facility can attest that mothers often raise excuses such as “my baby can’t feel pain yet,” “my baby doesn’t even have a heartbeat,” or “my baby is only ten weeks old.” Where did they learn to speak about their babies like this? From pro-life laws. The result? Their consciences are soothed as they murder their own children.

Because the pro-life movement treats women as “second victims” of abortion, post-abortive mothers and fathers fail to experience forgiveness through the gospel. One can only repent of sin after it is rightly defined by God’s Word. It is never loving to soften a square blow rightly delivered by Scripture—after all, love “rejoices with the truth” (1 Corinthians 13:5).

The pro-life movement is built upon faulty legal premises.

When Justice Ruth Bader Ginsburg passed away, we all remember the bouts of intense mourning displayed by the Left. The woman was treated like a deity. But the Right manifested similar idolatry when President Trump appointed Justice Amy Coney Barrett—there were processions and parades, the Republican establishment mobilized on her behalf, and many placed their hope of salvation into the potential for a conservative Supreme Court.

However, for the vast majority of the past five decades—even during Roe v. Wade and Planned Parenthood v. Casey—the Supreme Court has maintained a solid conservative majority. Republican-appointed Justices have perpetuated abortion—because they are equally as devoted to the ideology of judicial precedent as their Democrat-appointed counterparts. Nevertheless, the Republican political machine uses the prospect of judicial appointments as a grift to drive votes; in election years, we always seem to require only one more Supreme Court seat to finally end abortion.

Abortion does not need to end with the overturning of Roe v. Wade. It is not the law of the land—which is why President Biden explicitly campaigned on the promise of codifying it at the federal level. Justice Clarence Thomas himself argued in June Medical Services v. Russo that “the Constitution does not constrain the states’ ability to regulate or even prohibit abortion.” The judicial branch does not make law, and it has no power to legislate from the bench. Nevertheless, all fifty states—even the ones that still have laws on the books outlawing abortion—bow to its will.

For the past few years, Christians have begun to recognize the above truths—and innumerable others—about the pro-life movement and its legislative strategies. In response, these Christians have been proposing bills of abolition—which outlaw abortion from conception, include no exceptions, establish equal justice by criminalizing abortion as murder, nullify Roe v. Wade, and repeal all other statutes that permit abortion.

The response—especially in states with Republican governors and Republican legislative supermajorities—is always the same. The abolition bill is suppressed; then, a pro-life bill is adopted and marketed to voters as a landmark legislative victory.

Pro-life bills allow civil magistrates to avoid their biblically-defined duty—as articulated by the doctrine of interposition—to protect their constituents from tyrants who overstep their boundaries.

To Americans who know their history, this phenomenon should sound eerily familiar. Slavery endured for decades after the American Revolution because of anti-slavery gradualists. Indeed, Christian abolitionists—such as Harriet Tubman and William Lloyd Garrison—were the ones who truly brought about the end of slavery. We remember the cowardly gradualists as villains—but we remember the bold abolitionists as heroes.

The pro-life movement is not rooted in the biblical worldview.

Politicians, activists, and intellectuals in the pro-life movement—even the ones who are evangelical Christians—set aside their Bibles and argue against abortion from the grounds of philosophy or science. The Bibles they set aside, however, explain that men “by their unrighteousness suppress the truth” (Romans 1:18). Do philosophy and science have their place in Christian apologetics? Absolutely—but they only confirm what Scripture authoritatively declares.

The problem for the person who partakes in abortion is not a lack of evidence—it is love of sin and rebellion against their Creator. Neglecting the Word of God in the name of pragmatism—which, by the way, is also the reason that most churches in America are currently filled with false converts—is rooted in unbelief in the power of God.

It is time to love God and our neighbors.

It is time to abolish abortion. 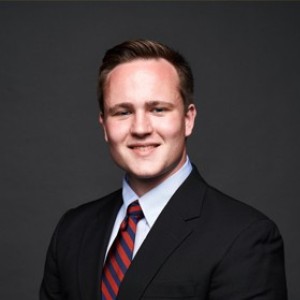 Ben Zeisloft is an undergraduate at the University of Pennsylvania’s Wharton School, where he studies Business Economics & Public Policy. He is the editor-in-chief of The UPenn Statesman, an independent newspaper devoted to free speech, an editor of the Penn Epistle, a student-led Christian magazine, as well as the author of many articles published to The Daily Wire. Ben is a senior correspondent for Campus Reform. His past work can also be found in Spectator USA.