Answering the common misconceptions spread by the pro-choice movement.

In the ongoing abortion debate between the pro-choice movement and pro-life groups in the United States, there are particular topics and arguments that continually arise. Pro-life groups were caught flat-footed when the Supreme Court handed down its Roe v. Wade opinion in 1973.

For the past five decades, pro-lifers have solidified their opposition to abortion. The view of the pro-life movement has been maligned by the mainstream media, but the message continues to be carried by grassroots activists across the nation.

For more information on the topic of abortion, The Family Research Council has created a set of useful resources filled with information and pro-life facts.

Legal abortion emerged alongside women’s rights in the history of Western culture. Thanks to our enlightened modern age, we now know that women have the human right to choose abortion in order to be free to pursue their own autonomy.

The practice of abortion is as old as mankind. Pagan societies often practiced abortion alongside other horrifying rituals. From the beginning of recorded history, examples abound of chemical abortion and surgical abortion.

In the Old Testament, pagan cultures in the Near East sacrificed their children to the idol Molech by burning them alive. Christians point to this ancient atrocity as morally equivalent to the modern practice of abortion.

Child sacrifice is still active in human civilization; only the name of the false god has changed. Though the priests of Molech sacrificed the born, the lives of the unborn are currently threatened as mothers and fathers lead their own sons and daughters to death.

However, the born may be in danger soon enough. Some so-called “doctors” will avoid resuscitating abortion survivors, instead, leaving them to suffer and die from exposure.

In response, state legislatures are currently discussing laws that would prohibit refusing medical aid to babies born alive. The message from pro-abortion physicians and other activists is abundantly clear: people are not people unless certain individuals agree that they are.

Instead of today’s technologically proficient society representing the pinnacle of human achievement, society is descending once again to the very darkest ages — eras in which human life is sacrificed to faith in false gods.

In modern civilization, the unborn are handed over to the cult of self. History and more recent experience clearly teach that abortion has never served to uplift a society. The true and living God, who is sovereign over human life, has always regarded the practice of abortion as an abomination worthy of destruction.

Accordingly, God destroys idols for His own glory. These are both critical facts to remember.

Planned Parenthood was a fruit of the progressive movement, which gained influence in the early 1900s. The progressive era was a very dark time in American history. In addition to other dangerous ideologies that became fashionable during this era, the principle of eugenics gained mainstream interest.

The idea of eugenics arises directly from the ideas promoted by Charles Darwin and other evolutionists who asserted that “survival of the fittest” drives the origin and development of species.

Margaret Sanger — the founder of Planned Parenthood — was a staunch advocate of eugenics. She wanted to save American civilization and improve humanity through selective breeding and the elimination of undesirable genetic lines from the population.

In her autobiography, Sanger reveals that those who she deemed too poor, young, mentally deficient, physically frail, or diseased to have children ought to become the recipient of forced sterilization — a position which, of course, carries serious human rights implications.

Sanger instituted what she called “The Negro Project” — a public relations gambit that sought to convince members of the African-American community to use birth control and participate in abortion. This effort arose from Sanger’s belief that black people were subhuman and would breed out of control.

Modern supporters of Planned Parenthood argue that the organization transitioned away from Sanger’s eugenics-driven mission. However, according to the Centers for Disease Control and Prevention’s 2016 study of abortion frequency in the United States, black women witnessed a ratio of 401 abortions to 1000 live births. Meanwhile, white women had a ratio of 109 abortions per 1000 live births.

Life begins at birth, not conception. The facts of science support the practice of abortion.

Science is God’s domain. The notion that life begins at birth is not a rigorous scientific argument. When deciding when something becomes someone, one must deal with philosophy, metaphysics, and deeper questions that transcend science.

It is absolute fact that a conceived unborn baby is a human life. Even by the secular standards of the pro-choice lobby, an unborn baby meets the definition of life according to modern science.

This exact argument was used to promote the philosophical underpinning for chattel slavery. Politicians and slaveowners argued that African-Americans are human, but not as human as whites.

Of course, the question of who is or is not a person is not a scientific question. The Word of God offers a clear answer: human beings are made in God’s image and are the offspring of two human parents.

Much of the modern abortion debate revolves around semantics. Terms matter, and he who controls the dictionary controls the future. It is a dangerous sign when the definition of person is unclear to a group of people. Indisputably, to have an abortion is to terminate a human life.

A fetus is nota baby until it can live outside of its mother’s womb.

Following the argument to its logical conclusion would indicate that a person is not a person until he or she is self-sustaining. Therefore, babies prior to approximately 21 weeks gestation have no right to life.

This argument would also imply that individuals who depend upon life-sustaining medical interventions are not human. In this framework, neither the elderly suffering from dementia nor the mentally handicapped are image-bearers of God worthy of protection.

This standard is why the abortion of babies with Down’s Syndrome and other special needs is praised as a virtuous act, as many argue that it is better for these children to die than enter the world with a more limited ability to enact self-determination.

All living things are dependent on outside resources to varying degrees. Indeed, all humans depend upon God moment-by-moment for life. This includes infants, whom many in the pro-choice crowd would admit are worthy of protection.

It would not be right to ask a victim of rape or incest to carry a child to term. After all, the mother did not ask to be pregnant and did not choose it for herself. Those who have not shared in their pain and traumatic experience have no right to judge.

No one should appeal to utility as a standard for what is good. Nevertheless, the claim that abortion has a positive utility is wrong in any case. In His grace, God gives the blessing of children as a result of the horrific and monstrous crimes of rape and incest.

It is not in any way fitting to punish the child of a rapist and sentence him or her to death. Doing so would violate the baby’s rights to life, liberty, and the pursuit of happiness without due process — a clear breach of natural law.

The Family Research Council reports that 1-3% of abortions occur in cases of rape, incest, or medical issues. Though 97% of abortions do not occur for those reasons, pro-choice activists and members of the media tend to focus on extreme cases.

Nevertheless, it is telling that the pro-choice community seeks to justify 97% of abortions by emphasizing realities that are only considerations in 3% of abortions as normative.

Victims of rape and incest do need care, and the abortion industry has no interest in helping women. The Family Research Council reports that the pro-life movement maintained 1,969 faith-based crisis pregnancy centers — which provide a wide variety of services to struggling and scared mothers — throughout the nation as of 2010.

Rather than surrendering their children to the abortion industry, mothers in the United States can seek help from millions of pro-life Americans who are more than willing to offer financial and personal support.

Some mothers may wish to give the child up for adoption into another household. In that case, there is good news: pro-life Christians are the most active adopters in the nation.

The common thread here is that pro-abortion forces are big on half-truths and lies. The defense for abortion rests entirely on people not knowing the truth about abortion. The pro-life side strives to fully inform everyone. The more people know, the less they tend to approve of abortion, although there are exceptions.

If you have come here to learn about abortion, let this be your first stop on a long road of fact-finding. Please, double-check the claims made here. The pro-life community fears no scrutiny.

If you enjoyed this article, check out 10 answers to common pro-choice objections. 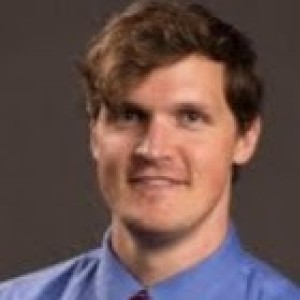